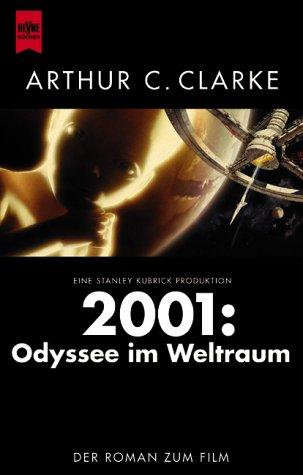 A novel that proposes an idea about how the human race might have begun and where it might be headed...given a little help from out there. A colaboration of ideas with director Stanley Kubrick in the late 1960's it begins at "the dawn of man" and then leaps to the year 2001 where a mission to Saturn (Jupiter in the film) is mounted to try and answer questions raised by the discovery of an ancient artifact dug up on the moon. Though not particularly fast paced, the science is good, and there are a few hair raising events. There are also interesting speculations about the future, such as the space shuttle, and a device eerily similar to an iPad. Leaving plenty of room for contemplation and the appreciation for the inevitable trials of space travel, this is one of the truly landmark pieces of hard science fiction.

The book has several parts. Loved the part in the ship with the stress and helplessness. The repairs tasks are awesome. Some more abstract parts resonated less with me.
I can finally comprehend how seminal this script was. Just the fact that it was written prior to humans reached the moon. So precise and well written, hasn't aged a day!