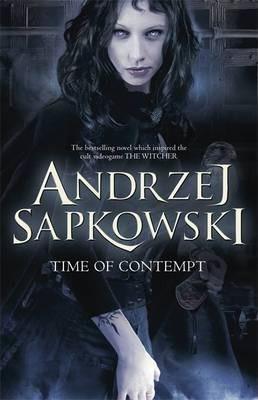 Time of Contempt (Polish original title: Czas pogardy, early title was translated less literally as Time of Anger) is the second novel in the Witcher Saga written by Polish fantasy writer Andrzej Sapkowski, first published 1995 in Polish, and 2013 in English (under the title The Time of Contempt). It is a sequel to the first Witcher novel Blood of Elves (Krew elfów) and is followed by Baptism of Fire (Chrzest ognia).