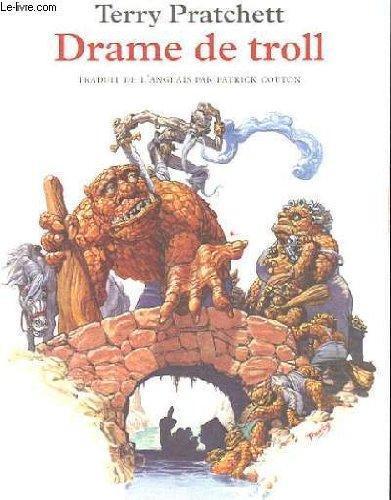 "Troll Bridge" is a Discworld short story, written by Terry Pratchett in 1991 for a collection entitled After The King: Stories in Honour of J.R.R. Tolkien. Set following the events of The Light Fantastic, the story stars Cohen the Barbarian, who plans to prove himself by killing a troll in single combat. Instead, he and the troll find themselves reminiscing about how the Discworld used to be, when trolls all hid under bridges to be killed by heroes, and the land was not yet settled.